“My support coordinator really was there for me in that time”

Rikki first got in touch with Future Pathways over two years ago, at the time he was in a dark place, he described feeling ‘at the end of his tether’ and he wasn’t looking after himself. Since then Rikki’s life has changed. Through conversations with his Support Coordinator Rikki discovered what was important to him and how he wanted to work with Future Pathways.

He worked towards some different outcomes, one of which was about valuing himself and feeling able to prioritise his own physical and mental wellbeing by reigniting his love of travel and exploration through, first, a short break and then a “trip of a lifetime”. Since then Rikki has travelled all over the UK and to Europe. His confidence has grown immensely. He eventually felt able to do something he’d always dreamed of a trip to South America to attend the cultural and spiritual festival Tribal Gathering. However Rikki was left stranded in Panama as the global pandemic COVID-19 struck. Here Ricky tells us about how Future Pathways was able to make sure he was supported in unforeseen and challenging circumstances.

Working towards goals and a trusted relationship

Travelling and meeting new people was identified to help Rikki progress the outcome of valuing himself and placing a priority on his own wellbeing. With Future Pathways’ help, Rikki had been gradually starting to travel again over the last year, something that he used to take great pleasure in as part of his career as a food supplier for KLM.

The beginning of this year was hard for Rikki after his mother passed away. He got back in touch with Future Pathways because he recognised he needed some support to manage how he was feeling.

My support coordinator really was there for me in that time

Rikki and his support coordinator recognised the importance of prioritising his wellbeing at this difficult time, and they talked about different options that could help him feel better. He decided he would travel within the UK to attend a Reiki retreat. He connected with the people he met there and left feeling more confident.

After this retreat, some encouragement from his support coordinator and a friend, and using his own funds, he travelled to Panama in South America for Tribal Gathering, a festival that brings indigenous cultures to people from across the world, connecting people to the earth and to each other. He arrived at the festival on the 29th of February, he was initially due to stay there for three weeks and travel back home in late March.

Feeling connected, at peace and truly himself

Ricky had an incredible time at the festival. There was indigenous music, workshops, and community spirit.

“It was so humbling there was a lot of love and feelings between everyone. I felt like a proud Grandfather, like this is the sort of world I want to stay in. I met people from many different places. I was able to use all the languages I’ve learned in my life at the festival.”

He also tapped into his own creativity and felt able to be truly himself; “my camping area had my Scottish flag and butchers’ apron, everyone knew where to find me!”. Rikki described feeling at peace, that he let go temporarily of some of his pain in both a spiritual and physical sense.

Around the same time Rikki was supposed to leave the festival, he started to hear people talk about the global pandemic, COVID-19. The festival continued despite the news, but it was eventually closed as Panama entered a state of emergency.

Things became stressful when Rikki was evacuated from the festival when it was closed due to the pandemic. Rikki lost some of his belongings at this point. He then discovered that this flight back to the UK had been cancelled, as had most outgoing flights from Panama.

Rikki had made friends with the festival organisers and other people from the UK at the festival, so he didn’t feel alone. He managed to remain calm because he’d been staying in a peaceful place; “where could you go if your flight has been cancelled apart from where you are?”

Rikki and his friends from the UK were given a place to stay while Panama remained in lockdown and Rikki could not get home. At this point he contacted Future Pathways for some support.

Future Pathways was flexible and adaptable in a time of crisis

Rikki ended up being in stuck in Panama for over two months, returning home on May 11th, his original flight home was on March 20th.

Support coordinators offered a trusted ear. When he was feeling stressed about his situation, they helped him to navigate complications. For example, when he was worried about not being able to afford the essentials for his prolonged stay, like food and accommodation, Future Pathways stepped in.

”Knowing I could go back to my cabin and that I had paid upfront for two weeks because [support coordinator] had helped me to pay for it, that was the thing… it put my mind at ease.”

Rikki had only brought enough medication for his initial three-week trip and after over a week without his medication, he noticed some of his symptoms returning. Rikki knew his prescription, so his support coordinator contacted his GP to discuss what equivalent medication Rikki should seek out in Panama, he was then able to source what he needed at a local pharmacy.

Future Pathways also contacted Rikki’s NHS Psychologist who then called him remotely on a few occasions, this was really beneficial.  “I was in a lot of pain and was questioning my sanity, I started dissecting my trauma, yes I’m feeling all the love, but I wanted to come back home. “

Rikki made the best of the time he was stuck in Panama. He helped to invigorate the hotel grounds and cared for a horse that needed to be groomed and fed. He made lifelong friends and found a sense of community. He was able to remain calm because Future Pathways support was there behind him.

“The experience has made the world feel that bit smaller” 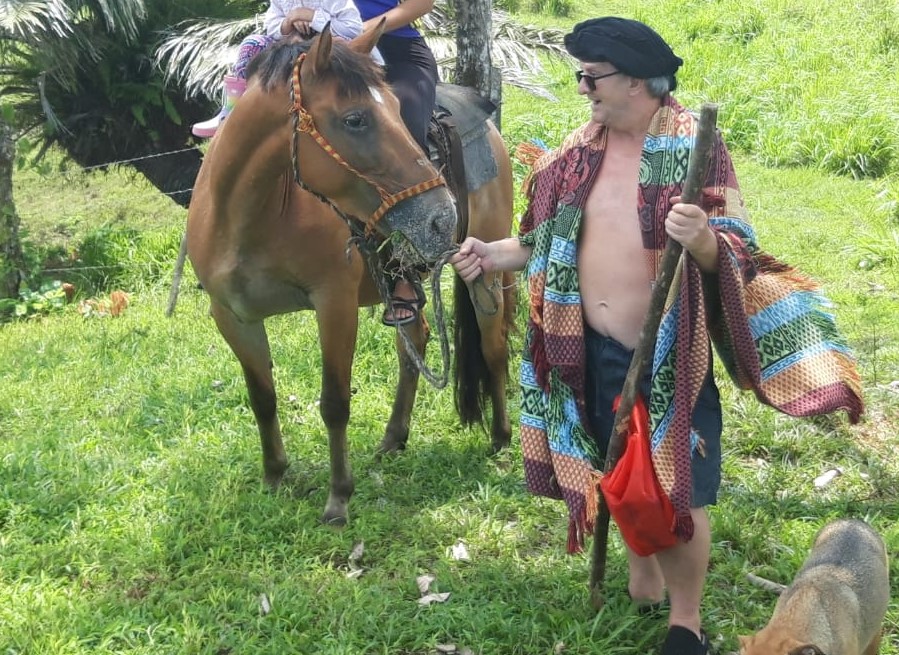 “Future Pathways felt like the Thunder Birds, coming to save me.”

Rikki managed to get a seat on the first humanitarian flight out of Panama. He had established contact with the British Embassy in Panama, and his support coordinator helped them understand that Rikki should be prioritised because of his health needs.

“It was learning for me, not to be hard on myself because it was out of my control. I shouldn’t give myself such a hard time, I have to live for now, not tomorrow, it’s liberating to think like that.”

Future Pathways was able to provide Rikki with essential support in what was an extremely stressful situation. By listening to his concerns, tuning into what he needed and providing calm and constructive support, Rikki was able to manage and make the best of his circumstances.

“I know [Future Pathways] must have bent over backwards for the help they gave me, the trust is there, Future Pathways listen to me, you take your time to listen.” 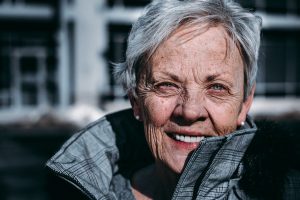